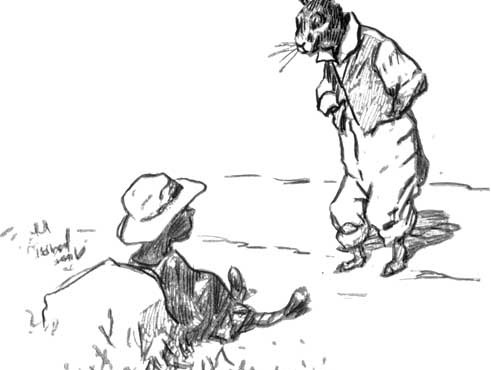 The wise lessons of Br’er Rabbit

The wise lessons of Br’er Rabbit
Br’er Rabbit is a character from the 1946 Disney feature film Song of the South. Unfortunately the film is no longer available in North America because of perceived racial issues. The origin of Br’er Rabbit however goes back to tales brought from Africa to North America by slaves and contain a lot of humor and wisdom which I would regret to loose. 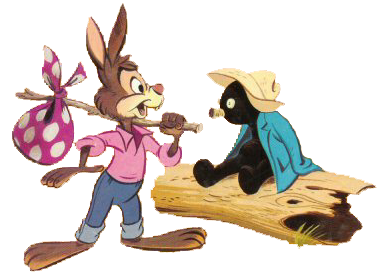 The personality of Br’er Rabbit can be described as sneaky, comical, fun-loving, clever, cocky but in a well-meaning way, friendly, caring, carefree, cute, lovable, curious, adventurous, resourceful, quick-thinking, a trickster. Many cultures knew such a figure and used it to express concerns about forms of oppression through a character that would not be seen as threatening through it’s comical nature. In Europe this used to be the court jester and similar stories are known like those of Tijl Uilenspiegel.

Because of their nature these stories often have a deeper moral and one of those I like to talk about is the story of Br’er Rabbit and the Tar Baby. (Click here or on the image above to watch the movie and start at the 39 min mark)

Just to give you an idea what this story is about I’ll briefly explain the dynamics. In this story the forever hungry Br’er Fox and Br’er Bear come up with a plan to catch Br’er Rabbit for their lunch. They even consider some of the character traits of Br’er Rabbit to make their plan work. The idea is to make a person-like puppet out of tar and put it along the path they know Br’er Rabbit takes. Br’er Fox is really the clever one of of the two and explains to Br’er Bear how they will use Br’er Rabbit’s friendliness and cockiness to trap him. You see, Br’er Rabbit is friendly but expects the same in return. When the Tar Baby does not respond, Br’er Fox expects Br’er Rabbit will get frustrated and angry in the end. He will then decide to teach the Tar Baby a lesson and by doing so get stuck in the sticky tar when he tangles with it and get caught. And so it happens.

The moral of this story?

1. Don’t make a martyr out of yourself. Not every

battle is worth fighting for.

2. Do you want to be happy or do you want to be right? Sometimes arguments just are not worth the effort and you are better off leaving it alone. Don’t be carried away by your own emotions!

3. Values are important in life but be careful when you turn these into moral obligations. These can be self-restricting and become a trap. For example courtesy and reciprocity are of value and can support and deepen relationships. However, when you allow your expectations to make demands of others I would wonder if this is not a trap of your own making when you feel frustrated and others do not respond as expected. When we’re not clairvoyant, didn’t make an agreement around our expectations, is it then reasonable to expect others to meet your expectations?

4. Not everyone sees the world exactly the way we do. We may share certain values but differ in morals that were derived from this. For example: we expect that someone looks us in the eye when we speak to them. We see this as respect. In contrast, in the Moroccan culture it is seen as a form of respect to look away when a superior talks to you.

5. When you play with fire you may get burned. Some situations just get worse when you react and in the end you you may be affected by it. For me, there is a certainty to this when I think of situations in which people blame each other. I like to use the Drama Triangle by Karpman as a model to explain what happens. 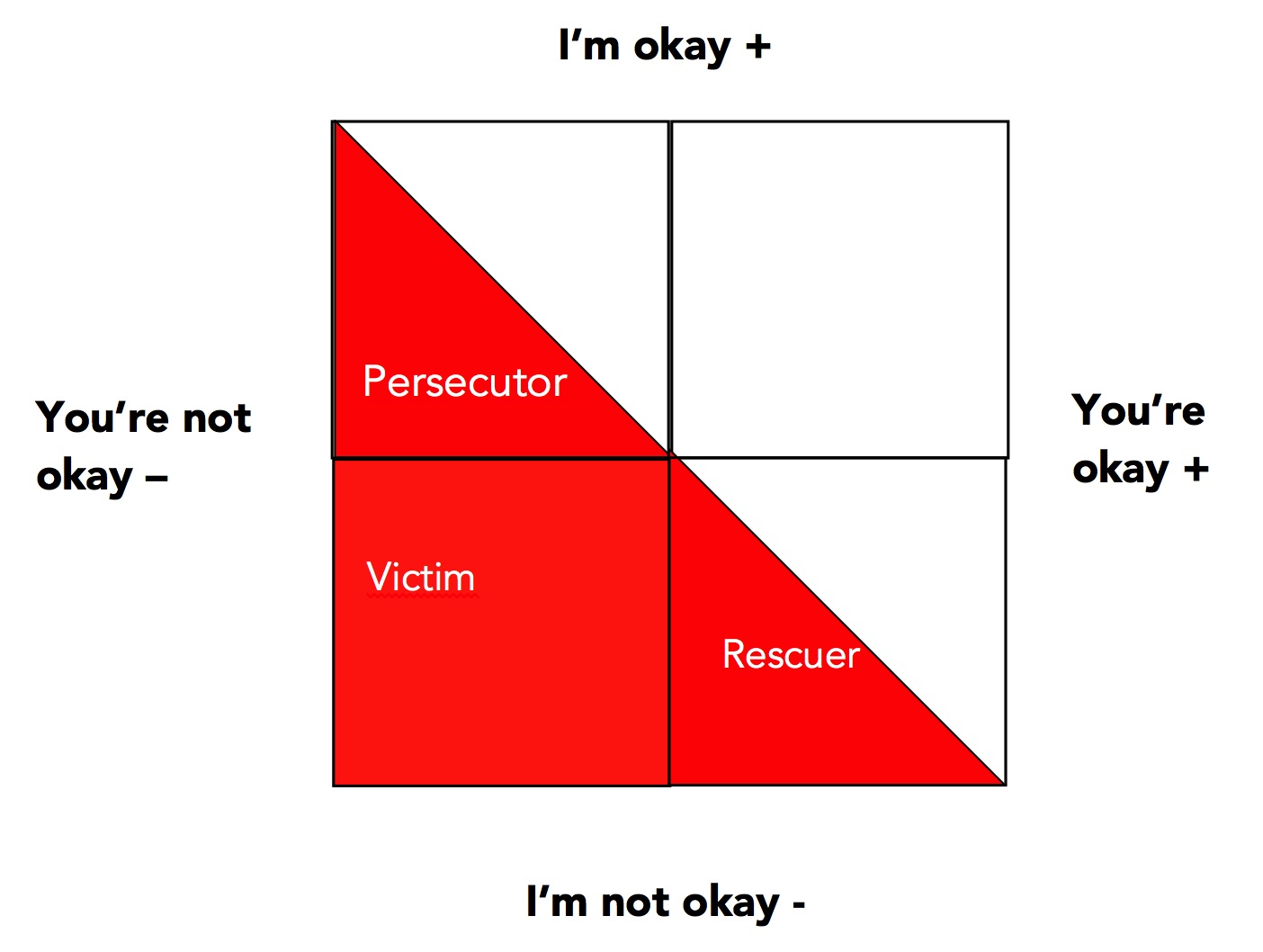 The more people react to each other in the Drama Triangle the angrier they get. It is like a negative spiral in which everyone feels powerless in a different way and nobody can escape. This means that it is better not to allow yourself to be drawn in at all, stay clear of the red and be in the white. To do so requires the attitude of I am okay/you are okay. This automatically means that you don’t use blame, guilt or shame to prove your point. Instead you are assertive, vulnerable and caring. You address how you are affected by words or behavior and the changes you’d like to see. Together you try and find a solution.

Instead of blaming someone by saying: “You never listen to me!” (I am okay/you’re not okay) you could say something like: “It is really important to me that we understand each other well.” (I am okay/you are okay)

5. Br’er Rabbit is showing us that if we’re not strong we better be smart. He got himself into this pickle but is clever enough to see that fighting the situation will only make matters worse. He will only get more tar on him and Br’er Fox and Br’er Bear are so much stronger. He cleverly uses the argument between Br’er Fox and Br’er Bear on how to best cook him. After they free him from the tar he uses reverse psychology to win his freedom. Instead of protesting the various ways in which he could end up as their lunch he agrees with each proposal and ends on “as long as you don’t throw me in the briar patch”, as if that was the worst that could happen to him. By doing so he prevents either of the two from winning the argument and gives them an alternative he says he does not want. Br’er Fox and Br’er Bear, not agreeing on how to cook Br’er Rabbit, finally seem to agree then on the worst and throw Br’er Rabbit in the briar patch where he escapes.

You see, sometimes the solution is less obvious than you thought and it is actually easier to achieve you goal by not resisting the situation.

Do you remember situations in which you got stuck with the Tar Baby and responded like Br’er Rabbit? Could you have responded in a different way when you now think about it? How would you respond in future when you would make sure to stay in the Winners Triangle?
How would it sound when your attitude is I am okay/you are okay?