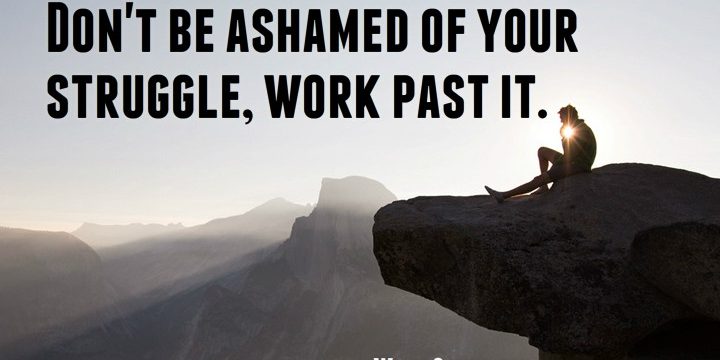 The Thur-Sa help
As a teenager, I worked on Thursday nights and Saturdays for the now foreclosed Vroom en Dreesman department store in Utrecht in the photography department. I was a so-called Thur-Sa help, a school kid earning some pocket money by working on shopping night and Saturdays. I think I did this for a few years. I sometimes think back to these days when I stroll along memory lane in amazement of where life has taken me. I recently pondered upon a specific experience I had as a Thur-Sa.

Mixed feelings
After I finished law school and worked as a corporate lawyer I returned to the Vroom en Dreesman store to see whom of the full-time staff would still be working there. On one hand I was curious about this and on the other hand, I wanted them to see what had become of me. You would maybe think this was out of pride about what I had achieved but I went there with mixed feelings. Feelings that I only now – after some 30 years – ponder on.

Shame and appreciation at work
The mixed feelings that I had were stimulated by the situation I had been working in as a Thur-Sa. When I reflect on it now I think that when I went back there I wanted recognition and appreciation from the people I had worked with. But why, why? What did these people mean to me? It was only a small part-time job outside of school to make some pocket money. How important could this have been?

When I think about it now something had been bothering me when I was working there and it still bothered me when I went back. You see, I was good enough to sell film rolls etc. but never a camera. I was ordered to man the till and I was never ordered to man the counter where the cameras were. That bugged me. It gave me the idea that they thought I was too dumb. And because of that I never got to do the fun and more prestigious jobs like selling a camera, earning my boss’s approval or the customers appreciation. I was ashamed that people would think this about me and so I didn’t have the courage to bring it up either. I never checked if they really thought this about me. Just imagine how I would feel if they would have confirmed my suspicion? That would only have made matters worse. I had no idea of the circumventing ways of shame.

The circumventing ways of shame
A circumventing way intends to hide something and by doing so mislead others. People who are ashamed use circumventing ways to hide their shame and may attempt to mislead others by putting on a good face. As a Thur-Sa I certainly did just that. I would not let them know how I felt and like Winston Churchill said I would just KBO (keep buggering on). But doing so kept me from actually processing my feelings, checking them for truth and instead I kept the big secret of how I felt firmly in place. So much that some 10 years later I went back to where it had happened.

I just didn’t know any better
When I think about it now I realize that the thoughts I had at the time said more about me than about them. I imagine it was a remnant of a childhood in which I was going through an educational system that was not really a good fit for me. My way of learning things did not fit the mold I was forced into and so I struggled. Being different as a child is not easy and makes it difficult to belong to a group. Being different in class creates the difference between being called clever or dumb. It determines the friends that you have and chances that you get. I was ashamed of it then because I thought there was something wrong with me. So when a similar situation arose as a Thur-Sa I took this to mean it was again about something being wrong with me. But what did I know? I was just 17 or 18 years old! I didn’t know any better.

Revenge
The feeling of shame makes it hard to resolve any issue as it causes you not to want to talk about it. You want to hide instead. On the other hand, feeling shame is so unbearable that you’ll do about anything to get rid of it. So now you’re stuck between these two dynamics inside yourself. Much as denial is a way to hide your shame, proving others wrong is an attempt to escape the cause of the pain of shame. It is because of this pain that proving others wrong may come out as revenge. Being vindicated may not be enough and humiliating others may seem satisfying and the only way to really redeem yourself. This too to me is part of the circumventing ways of shame you can be caught in. And I think it certainly played a part when years later I went back to that department store. I wanted to prove that I was better than they thought and maybe even superior. Ten years later they still were working their jobs selling cameras when I had advanced beyond that. Maybe I was getting even and it was causing the mixed feelings I had not understood.

The knot in me
But the knot I was really struggling with was in me. The idea that I was not good enough/dumb was a story I was telling myself. It was the meaning I gave to what happened. So when I went back to my former colleagues in the photography department some 10 years later the story of my success was met with lukewarm perfunctory appreciation. I was not ever going to receive the acknowledgment I thought I needed from these people because how I felt had nothing to do with them. They did not know the story I had told myself. To them, I was one of the part timers that had worked there at one point or another and had moved on. No more no less. What I really needed was the appreciation of myself, but this I would only get through understanding myself better.

Was it all just in my mind?
How about those cameras I never got to sell? Why didn’t I get to do that? Well, you see, that was more about them than it was about me. Others had the same needs for approval, acknowledgment, and appreciation as I did. They thought that that particular part of the job was the best way to get it I think. And on top of that it was so satisfying they’d rather keep that for themselves as they already spent most of the week doing the other boring jobs. The part-timer gave them some reprieve on the busy days in the department and allowed them to make their work more enjoyable. That is how simple it was. Seen from this perspective I now understand how this was. As a teenager with no work experience, it would have helped me to understand the reality of the choices that were being made. But you see, to just admit that you want to keep something for yourself is selfish and not something you say or admit to. That is what kept them from being clear about this and was causing their shame I guess; The circumventing way of shame!

Empathizing with each other makes for better choices
Understanding what it is like to be in someone else’s shoes offers more clarity on situations, gives better information and a mutual understanding. When you take the interest of others into account you make different and better choices. Empathizing with others is easier in an environment in which you openly communicate because you feel safe to speak your mind. Vulnerability then becomes a strength and allows no opportunity for shame and its circumventing ways!

If you are interested in learning more about yourself, take a look at my training schedule or send me a request for more information!